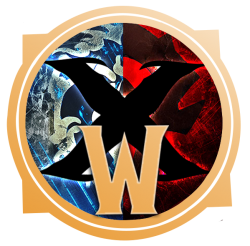 Gameplay wise, our main key-points are finely-tuned PvE encounters (dungeons and raids) that release periodically, mimicking the raid-progression that was available during the original Wrath of the Lich King expansion. Raids are tuned to compensate for the character performance boost that the 3.3.5a client offers, without using downscaling tech and frequent custom patching.
Despite the team's focus on PvE encounters, we do provide the tools for competitive PvP, including a fully functional arena-spectator and cross-faction battlegrounds, end-of-season rewards and rules that disincentivize win-trading.

- A progressive 3.3.5a WotLK gameplay with raids and dungeons opening one by one to simulate the official experience.
- Heirloom vendors at every start zone, to make the levelling much easier for everyone.
-All flight masters discovered to travel faster between leveling zones.
-Action House deposit taxes are half reduced to help economy.
- XP Rate Quest: 5x
- XP Rate Kill: 5x
- Drop Rate Money: 2x
- Drop Rate Items: 2x
- Crafting: 1x
- Rate Reputation: 2x

Share This Listing Contact Owner Add to Favorite Report This Listing
Submitted by pitestinet on Jul-29-2019
Hits: 1434×
Listed on: