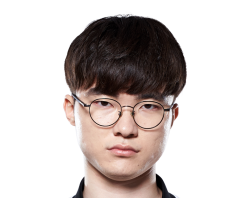 League of legend one of the best player Faker stream.

Faker's early gaming experience included custom maps on Warcraft 3, particularly Footman Frenzy and DotA. He started playing League of Legends in December 2011 when the Korean server opened. Faker initially played normal (casual) games but switched to ranked play when the League of Legends matchmaking system could no longer find players of equivalent skill for him to play against. Under the name “GoJeonPa,” he climbed the Korean ladder and became a strong mid-laner, known for his aggressive play and impressive mechanics. Faker achieved the no. 1 ranking in solo queue and began attracting the attention of several Korean e-sports organisations. There were rumours of many offers from prospective teams but Faker decided to join SK Telecom T1 in February 2013 and played on their second team, “SKT T1 2.”

Share This Listing Contact Owner Add to Favorite Report This Listing
Submitted by Your Gaming Dude on May-24-2019
Hits: 200×
Listed on: