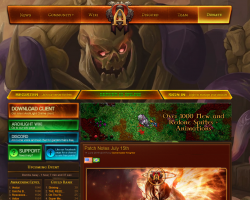 Archlight has now been online for nearly 3 years. Including the first beta it has been up for over 3 years! Since day 1, we have always garanteed that every dollar you spend on Archlight you will receive back in the event of a new Era! Our team will always keep this promise to every single player of Archlight. As in past Era's, points will be rolled out to ensure that the economy isn't destroyed by a dumping of Archlight Coins. Our new method this Era showed massive benefits, ensuring the economy was never compromised.
Solo, Duo and Team Arena Reworked
This has been a major talking point for our development team - how can we make the Arena more interesting, challenging and engaging while also keeping its core principles and ideas in tact. Well, we're excited on the following new changes to the Archlight Arena!
- Solo, Duo and Team Arena all have their own 23 hour cooldown - 1kk to enter, This entry fee goes up every week by 10% automatically
- Every wave will spawn 5 creatures off this list, each wave the creatures spawned will have 10% more health and damage compounding.
- Duo Arena the creatures will by default start at 50% more health and damage and will have 15% more health and damage each wave compounding.
- Every 10th wave is a Boss Wave. The next wave will not start until the boss is killed.
- Highest wave is recorded and on leaderboards (Solo, Duo and Team records)
- Anytime you join the arena after your first time, you will start 10 waves back from your last wave you reached. So if for example last time you got to wave 27, you'd now start at wave 17 the next time you do your arena. This doesn't apply for Duo or Teams only Solo.
- You receive Arena Bags based on the Arena Wave you get to. Example: If you died in Wave 23, you would get 23 Arena Bags (Will be same contents as Lord Ritual Bags)
- Duo arena's both players will receive the amount of Arena Bags based on the wave they get to.
Team Boss Arena's will behave very similarly, however, be focused on bosses!
As mentioned in January, with Rise of the Otherworlds, all progress on Archlight will forever be rewarded. All players will receive Legacy Crystals for not only their Awakening Level Progress, but also their overall Power Progress (We feel this is most efficient way to measure someones overall strength progress, from equipment looted, to stats, to upgrades, to gems). Unlike donated Legacy Crystals (which are released in progression) Legacy Crystals from your characters progress are available AT LAUNCH! They will be sitting waiting in your account for when you login to enjoy! Crystals from progress are also recorded forever in your account from any era! And finally... these earned Legacy Crystals (and only the earned ones) will become a highscores/hall of fame list from Era to Era, showing the most powerful Archlighter who has left the most impactful Legacy. This Hall of Fame will be added in for the New Era!

The amount of Legacy Crystals gained will be based on the following chart, simply add the total crystals from your awakening levels + your power rating!

You will have until the servers close to progress as far as possible! Make sure to scoop up as many juicy rewards as you can for the War of God's Launch to boost your starting progress and get that competitive edge!

Share This Listing Contact Owner Add to Favorite Report This Listing
Submitted by Your Gaming Dude on Jun-19-2019
Hits: 576×
Listed on: